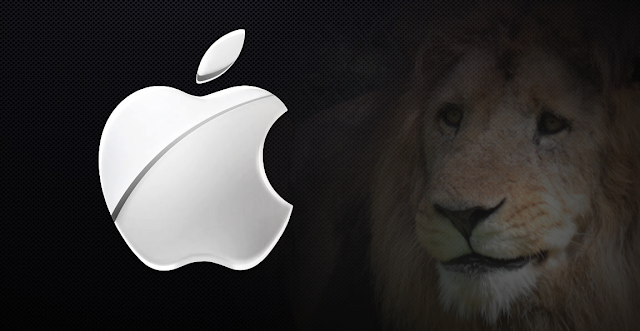 If Apple is truly the lion of the computing industry right now, than it seems only fitting that its most recent iteration of OS X is the thorn in its paw. Thanks to less-than-stellar reviews, one going so far as to claim OS X 10.7.3 was "Apple's Vista Moment," I held out as long as I could to upgrade my MacBook Pro. And if it wasn't for new software requiring the operating albatross, our laptop would be roaming the computer jungle issue free as a graceful snow leopard.

Everything I was worried about is true;
There's plenty more to list -I could write 500 words on Finder windows alone- but I'd rather not start my week off angry. It seems iPhone has become so successful, Apple has decided to make all their products iPhones. I don't want an iPhone, I want my freaking MacBook Pro. It's hard to decipher in the moment but products do eventually reach their zenith, and Snow Leopard was it. Lion is the equivalent of when Ford decided 5 or 6 years ago to kill the Taurus, at the time its most popular car, and replace it with the Ford 500. Ford customers (who in no way resemble MacBook Pro customers) didn't want the Ford 500, a flashy, European looking car, they wanted their round, comfortable Taurus.

Apple seems to be on this kick where they feel all their products should provide the same user experience. That is complete crap thinking. The iPhone and iPad are designed for morons. Anyone can navigate them. A genuine computer should be a little harder to operate than a touch screen pocket computer with considerably less computing power; but oddly enough, in its attempt to turn their computers into iPhones, Apple overreached and turned them into PCs.

Jobs' tragic death aside, Apple has had a rough year in product land; fools lost their mind over iPhone 4s not being named iPhone 5, the upgraded iPad HD is nice but provides no real reason to make the purchase, simply put: Lion is slow and for my videographer friends out there I think I we all know the raped-and-pillaged "revisioning" that is Final Cut X (I will NEVER make that leap).

Going back to Ford, I think we all know how this is going to end. Just as Ford re-branded the Ford 500 as the Taurus; Mountain Lion, Apple's next OS X, will clear up the issues of Lion. It most definitely wont be Snow Leopard redux, but it will be better than this dirge. Why can't these companies ever come out and say "We screwed up, we now understand none of our customers wanted this. The next version will be more to your liking, we're sorry." If Apple cant say that, hopefully its OS development team can remove the thorn that is Lion from the company's -and its customers- collective paw.
Labels: Apple Computer Final Cut X Ford iPad HD Microsoft Mountain Lion OS X Lion PC Vista