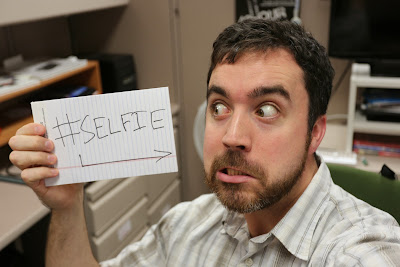 Fewer web actions are more vapid and vain than that of the “selfie.” What makes it worse is the Oxford English Dictionary legitimizing the nuisance by awarding it “Word of the Year” status.

For Cityview’s less narcissistic readers, a selfies a self-portrait taken at arm’s length with a cell phone. While the act itself is not inherently evil, the self-aggrandizing overuse of the selfie becomes extremely annoying when appropriated and shared online by unabashed teenagers and less mature adults, clogging various social network feeds with girls’ duck lips and guys’ shirtless bathroom mirror reflections.

Still the Dictionary had its reasons giving the term the crown. According to Oxford, the term selfie exploded in use during the last year, with a 17,000 percent rise in online appearances — a figure so daunting, Dictionary representatives said the decision was unanimous. Apparently it’s hard to turn down a trend so popular everyone from athletes to heads-of-state to the Pope himself takes part.

While incessant feed appearances of selfies can be frustrating, nearly everyone is guilty of taking one or two. The fun comes in deciding what type of selfie to share. Options range from simply making silly, scary or cute faces to getting very involved with themes such as holidays, hidden elements, involving a group of friends or, if you’re brave, the nude selfie. One of the more startling selfie variations was thrust into my life earlier this month when a teenage girl ran up to me outside a shop and took a video selfie of the two of us while yelling “Selfie with a stranger!” So be warned, if you’re not personally into the idea, someone might force it upon you.

In the end, no matter how conceited, egotistical and self-centered the selfie can be, I will forever be grateful to the Oxford English Dictionary for not selecting its runner-up word, “twerk.” I think we will all gladly explain selfies until we’re blue in the face, as long as we don’t have to relive the horror of explaining twerking to our parents and grandparents. Thanks again, Miley. CV