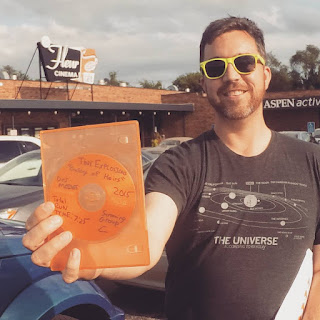 Well the results are in and I'm to proud to announce that Tiny Explosions' 2015 submission to the Des Moines 48 Hour Film Project was the 13th best film of the year. How do I know 13th specifically? Simple, 12 films will screen at the August 20th Best of City screening and "Culling of Heirs" is not one of them.

Right off the bat I'd like to congratulate the teams that will screen at Best of City this year. I haven't seen them all, but I completely agree with the half I have seen as worthy of being deemed the top shelf work of 2015.

As for Culling... it may not be our best effort, but I do believe we've learned the most from producing it. The lightning round list of lessons is easy:
Tiny Explosions has the pieces, we just haven't been able to put them all in place just yet. We've had a clever story, we've had big laughs, we've had good camera work, and now we've had good acting. The goal of course is to put all those pieces together and produce something that shows without any equivocation that you've produced a good film.

2016 will be the year we put that all together. How can I be so sure? Because I truly believe the entire team sees we have the ability, now we just need the discipline. Two years ago when Tiny Explosions missed out on the 2013 Best of City screening I made a list: Cinematography Goals for 2014. We did exceptionally well meeting all those goals. This year, I completely forgot about doing this. 2016... Oh boy, this new set of filmmaking goals seems ripe to produce our best work yet.


As someone who adores filmmaking and storytelling, I believe the greatest skill of a producer/writer/director is the ability to see what's there and what isn't. I don't see anything missing from our team in terms of skill to make something great, The question is can we buckle down and actually do it.
Labels: 48 Hour Film Project Best of City Cinematography Culling of Heirs Des Moines Filmmaking Goals Storytelling Tiny Explosions