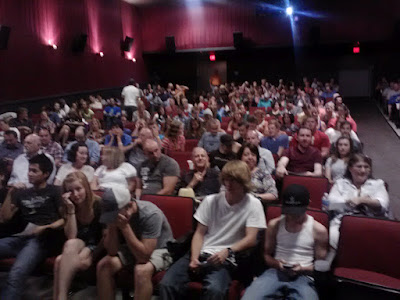 Last night my 48 Hour Film Project team, Tiny Explosions, had it's short film screened at the fleur cinema in Des Moines (trailer below). Not only was this the first time I've lead a 48 Hour Film team, it was the first time a film project that I've Directed/Produced was shown on the big screen, I was all kinds of excited to see how it would play out and how the crowd would react. Needless to say my stomach was full of butterflies.

They ate it up. Seriously, we could not have received a better crowd reaction. There was so much laughter some jokes were drowned out because the audience was too loud. It was amazing.

While I was pleasantly surprised with the audience, I was not surprised with the product. As you may know, I am currently in grad school for Software Design and Programming, and a good portion of my classes have dealt with project management and project architecture/framework.

As it turns out Information and Communication Technologies project management practices are applicable to projects outside of software design. After all the films in our group screened last night there was a filmmaker Q&A, with one of the questions being something along the lines of "Looking back, what was the best decision you made?" I needed zero time to prepare my answer; making conscious decisions about who would be on our team based on their skills, attitude, and general willingness to take direction, basically I mentally built a project charter and stakeholder map.

Of course I didn't say it like that, I said I made a conscious effort to keep the negative elements out and bring on people who I knew would be cool to work with. 48 is notorious for team meltdowns and internal drama. I didn't want any of that noise. My filmmaking crew were all experience friends who I knew would be cool with their roles behind the camera and know how I produce. The team in front of the camera was comprised of pretty much zero ego, a.k.a. "non-actors." Some might call that a death sentence for a quality film, but my one true belief about films is this:

Most people can act, very few know what good acting looks like.

Basically, a good Director can make most actors -or person in front of the camera- look good. While this weekend isn't the best example of project management, I know that if we had just winged it and made quick decisions we wouldn't have made the film we had. 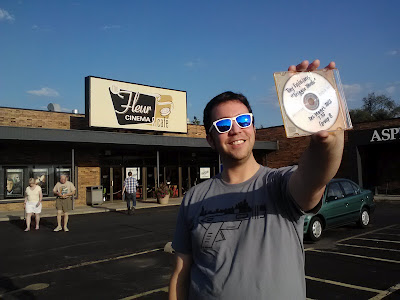 Me taking our film cross the "finish line"

Did our film win any awards? Don't know yet, not really sure if it matters; our finally piece killed the screening and everyone involved is really proud of it. I am extremely proud of my team and I hope all of them feel the itch to join Tiny Explosions next year.
Labels: 48 Hour Film Project Information and Communication Technologies Project Charter Project Management Project Stakeholders Responsibilities Roles Tiny Explosions