Somewhere along the line I earned the professional title of "Multimedia Specialist." I really like this title as it doesn't imply expertise, just that I am someone who can be turned to for guidance and information. I've always relished the opportunity to offer insights on a project or kick around a project's digital potential -gives me a sense of ownership in the final product. Sadly, my track record of searching out guidance is dreadful. I've never had a mentor or been someone's apprentice. While in San Francisco, somehow the cloud's parted and a mystical force gave me the opportunity to shadow a news camera man I greatly admired, but I've never had that person I could turn to to bounce ideas off of and help me steer the ship that is my career. While I am may be navigating the jungle without a guide, that doesn't mean I can't lay bread crumbs for others behind me.

As you might recall, earlier this summer I lead a team of filmmakers for the Des Moines 2012 48 Hour Film Project, before that project took off I attempted to recruit a few people who were interested in film/video making, but didn't have any experience. One such person was the son of a co-worker, Sam. After offering to have him join our team, it turned out he had already started a team with his friends. While I haven't seen their film, and I have no idea how their film did, I do know it did not win any awards or advanced to the "Best of City" event. Fast forward to this week, where his parents have started christmas shopping and who do they turn to? Me.

As I casually slipped into this post's intro, I am not a videographer/filmmaker expert; however I do know quite a bit, and I can greatly help an upstart kid-with-a-camera get headed in the right direction. So after a quick request for gift ideas, I replied with just under 500 words in gift searching guidance. 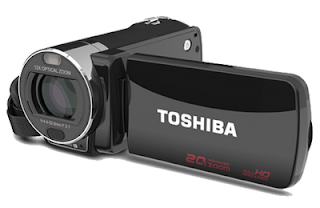 I know literally nothing about the "filmmaking" qualities of this camera, other than the fact it shoots in 1080p, and that is perfectly all right. When you're 15 years old you should not be concerned with the  cinematic aspects of your camera, you should just enjoying the idea of making films and telling stories. Now just because you aren't saving your lunch money to buy a Canon C300, doesn't mean you can't work on the purchase some basic tools that instantly make your "films" better. In my email to Sam's Mom I laid out the three most basic requirements of filmmaking:

If you're making a film/digital short/video, considering these three aspects will help build a better final product. The order of these three aspects definitely varies depending on who you talk to -but being a pragmatist- Video needs to #1, because without it you're doing radio. I've already touched on how the camera isn't greatly important for a teenager, for $150 you should be able to get an HD camera that works fine.

Audio may be second but it's very, VERY important. How many of us have stopped a YouTube video short because it sounded terrible. If you can get your hands on a field recorder and a boom mic, you're golden, but for Sam's purposes I made two suggestions; an L bracket arm and an external mic. Consumer cameras like Sam's don't have a shoe to mount an external mic or light so the L bracket helps build out the functionality of the camera, the microphone will allow for better sound and more manageable audio. Obviously budgets vary and the quality therein varies just as much. Spending over a $100 on an external mic will great improve the quality of the sound.

Finally lights! Many people will tell you that lights are the thing that separates hobbyists from the people who know what they're doing, completely true. To make something look generally cinematic you need a lighting setup. Working with "available" light can produce some awesome results, but chances are 15 year-olds don't know how to maximize their light completely. I suggested a seriously cheap, dimmable light from Neewer because it fit the budget and helps Sam get acquainted with what you can do with the basics.

Obviously these three instruments -a camera, a microphone and a light- are not the last word on videography or filmmaking, but they are step two for anyone who is getting interested in making movies. Obviously you can spend thousands of dollars on filmmaking toys, but it makes sense to ease into it; make sure the interest is there beyond a dalliance and then start saving your pennies for the cool stuff.
Labels: 48 Hour Film Project Basic Movie gear Filmmaking essentials Videography