This article was first published by dmcityview.com
In January, a 1991 Radio Shack print ad was circulating the Internet. It featured 15 different top-of-the-line consumer electronics for the time: a portable CD-player, a VHS camcorder, high-fidelity speakers, a desktop computer and many more. Combined, all of the items could be purchased for just more than $3,000 and maybe fit in the trunk of a car. Today, all 15 of those electronics are obsolete, replaced by any common smartphone, which, in some cases, are sold for one penny and fit comfortably in your back pocket. 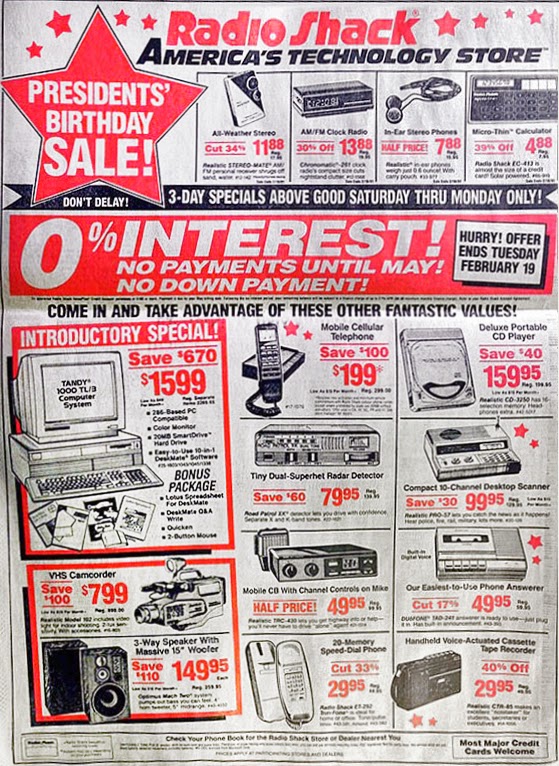 The industrial revolution has brought the world some amazing inventions — automobiles, airplanes, radio, television — but few, if any, have the explosive potential of the smartphone. Barely a decade since first being introduced, and already one out of every five people on the planet owns a smartphone. The computer for sale in Radio Shack’s 1991 advertisement featured a 20MB hard drive, early office suite software and proudly boasted of its color monitor for the reduced price of $1,599. Apple’s most recent, feature-packed iPhone can be had for $399 and has 1,000 times the capacity of the Radio Shack computer. So, by all accounts, you and your selfie-taking buddies are carrying a supercomputer with you everywhere you go.

It seems implausible that in 23 years — a relatively small window of time — such an astronomical leap in computing power could be achieved. However, implausible does not mean impossible. In fact, it was practically preordained, thanks to 50-year-old computing principles. In 1965, Intel co-founder Gordon Moore discovered a trend in computing advances where every 18 months the storage capacity and processing speed of an integrated circuit board doubles. This means the smartphone you just received this past Christmas will be a complete relic Halloween 2015.

Of course these advances don’t magically occur. Thousands of hours of research and development by armies of engineers go into inventing the next generation of smartphones. Something you will hopefully consider the next time you complain about the time it takes load a YouTube video or “Candy Crush.” CV