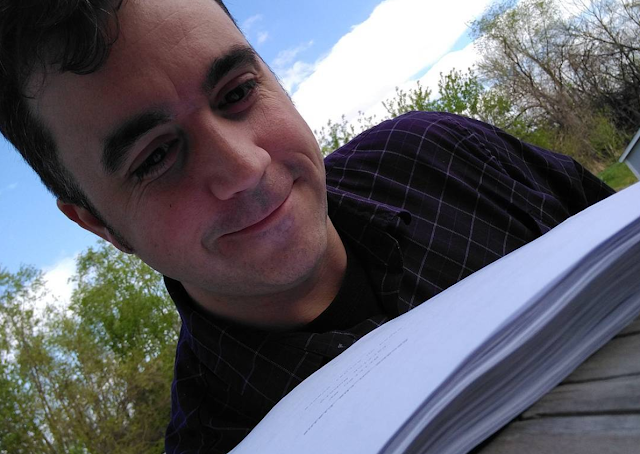 10 years ago I learned about an awesome challenge called the "Script Frenzy." The idea was for writers to take the month of April and write a 100-page screenplay or other creative project. While I thought the challenge event was an incredible idea I never actually participated before the  official project was sent out to pasture after the 2012 event... But then March 30, 2017 rolled around and I discovered the perfect story to frenzy onto the page and today I have a 101-page script.

No this is not my first screenplay. But it is the first one I've gotten to the point of typing "The End" and still felt the absolute NEED to produce. I won't bore you with details of the screenplay other than it's an adventure-drama-romance set in Iowa's Loess Hills and loosely "based on actual events." 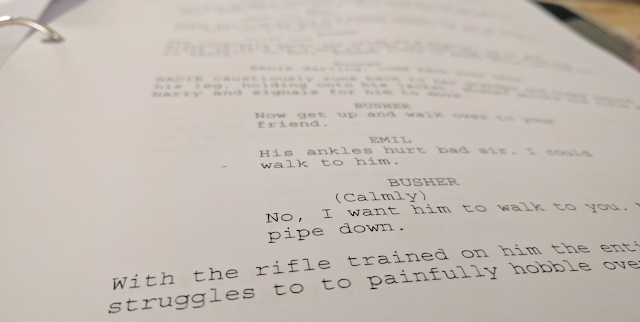 As I've recounted on here many times before I love cinema and a long term goal of mine has been to write-direct a feature film. Am I deluded enough to believe I'll ever direct 20th Century Fox's X-men vs. The Juggernaut? Goodness no (...okay maybe a little), but I know at some point I will direct at least one 90-minute independent film and hopefully many more.

Over the last four-weeks I've spent many evenings, lunch breaks, and weekend hours punching out all 101 pages of this film. Will I be able to make it? Well... there are some minor production challenges to making it happen, but it is a very practical script and I can see every frame in my head.

Why do I think I was successful this time in keeping the dream alive through page 101? Outlining and working up a "scriptment." Through my experiences in short film production, I've discovered the best way to find the bones of a story –and make sure your start lines up rationally with the finish– is outlining the basic scene-to-scene story beats and character ambitions.

If you have a good idea where your story will go outlining can be a fever-paced blast. And if you find there is dialogue and camera cues you want to include then you've found yourself in scriptment land. Now depending on what kind of film you're writing <cough> HORROR <cough>, a scriptment may be all you need. When this project was all outlined and scriptment'd I had produce a 32 page road map and fleshing it out to a 101-page, first draft was fast and crazy fun.


My last thought on the mission to produce a feature film (hopefully this one) comes from an awesome infographic I stumbled upon two years ago. As it turns out some of my favorite modern directors hadn't produced their first feature film until they were on the wrong side of 30; including Ridley Scott, Terry Gilliam, Alexander Payne, and Michel Gondry.

Seeing as I'm 34 years-old as I type this, if I am able to push this screenplay from script to screen I have an extremely good shot at beating some of my cinematic heroes to the directors chair.

If I have any advice for those out there with a dream like mine but lack the juice to make it happen. One of the beautiful things about climbing the ladder of our careers is once you achieve a long desired goal, the even greater pie-in-the-sky dreams don't seem so unattainable. And if like me you want to write-direct a feature film, a big step in making it happen is sitting down and writing.
Labels: Cinema EOTP Film Film Director Film Production Filmmaker Movie making Screenplay Screenwriting Script Frenzy Writer writing
Location: Des Moines, IA, USA