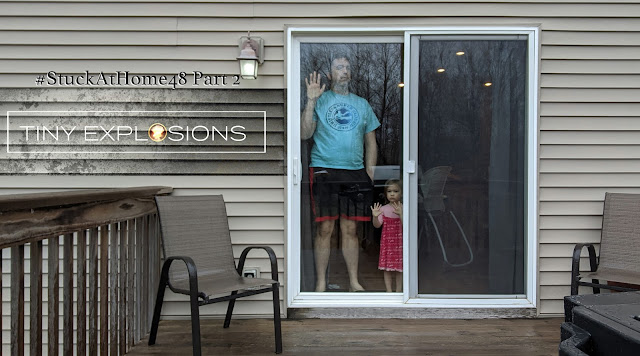 If there is any silver lining to the crisis that is Covid-19, it is the creativity is running wild. I am one of the lucky multimedia people out there; I have a job, I am essential, and I have a lot of work to do. Still I'm trapped at home most of the time and have many hours to fill. So sure I've watched my fair share of streaming TV and movies, but what works better at passing the time than watching? Making!

Week one: make a short featuring two lines of dialogue.
One from a classic film, another from 48 years past.

There are a LOT of quarantine film challenges going around right now. Locally, Iowa has a local weekly cellphone film challenge and internationally, the 48 Hour Film Project created a variation of their theme called "Stuck at Home 48." With the Tiny Explosions crew more or less trapped in their houses, we decided to hop on the bandwagon with more than 1,800 filmmaking teams worldwide. 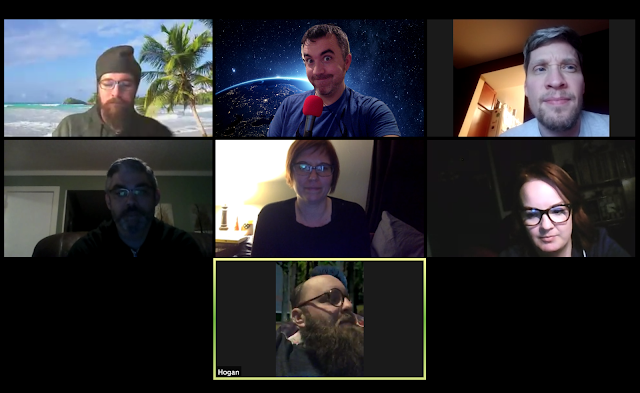 Two weekends in, we've had a blast as a team. Cast has operated as their own crew. Smartphones have been our primary weapon (minus nearly all my shots). Everyone who has wanted to take part, has appeared in the films. We've had surprisingly productive Friday night brainstorming sessions. Basically, thank Satan for the internet. 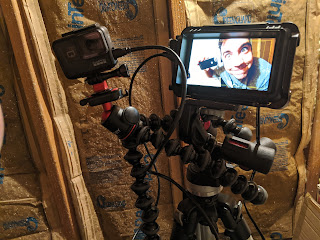 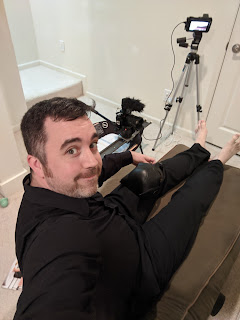 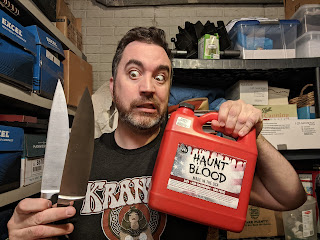 The sad thing about this project is so far the only logical move has been for me to be play the lead in the films. I mean I'm cutting everything together and with so many people involved the "script" has been quite loose."

Once upon a time I thought I wanted to be an actor, but... c'mon! I am ham. The best place for my brain is behind the camera or at the edit station. Thankfully, I haven't fully embarrassed myself thus far. The one thing I can say is at my current weight, I am not meant to play Batman.

Week two: make a 3min or less trailer mashing up two films from a provided list.

Maybe the most selfish thing I can say about this global catastrophe is it has pushed us to once again make shorts outside of the annual 48 Hour weekend. When this ends we'll have three new shorts online, PLUS we'll be releasing Family Tree, our Christmas short, sometime as well. I've been waiting for an opportunity to show it in an actual theater but that feels unlikely with all the theaters closed for the foreseeable future.

OUR THIRD FILM, is the best of the lot. Teams were charged with pretty much a traditional 48HFP assignment although instead of a line of dialogue, we were given a choice of themes "Connecting" or "Celebrating 20 Years." It took us a while to come up with an idea we were in love with and then someone added a fun wrinkle to the first idea on our list and we ran with it. Our shortest brainstorm ever and I think the final result –Quarantrims– is hilarious.

While we didn't film everything at home again, it helps when someone on your team is a small business owner and is able to film in their empty barber shop. Just great fun.

Finally before I go, I'd like to offer a few films to check out I really enjoyed. All but two of these are from  Des Moines, but I haven't found as much time to check out a more diverse swath of productions. I should say most of these films are the type that throw a little heat under my feet. What I mean is they are either more serious fare or go for a tone that takes concentration and talent. Tiny Explosions could do that (and I would love too) but people have a lot more fun making a comedy and putting something outrageous on film. As I say all too often in my Tiny Explosions post, one day I'll make films that risk something, but probably not in the 48 Hour window.